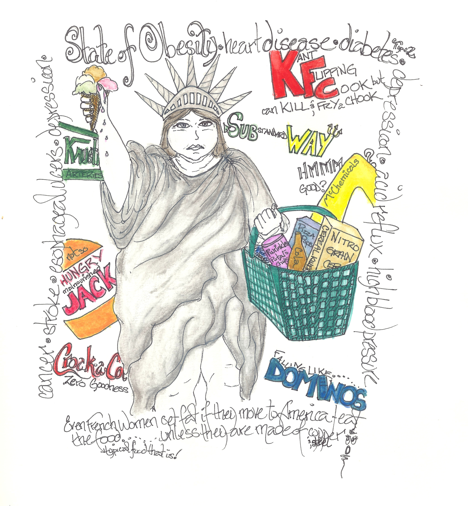 If we had to source our food in nature, even the most healthy and environmentally sensitive of us would be eating very differently than we are now. Unless you are growing and sourcing all of your food, chances are this is true for you.

Eating out of context of nature in what you can and would source for yourself is not a new issue for man. It is easy to romanticize how food was obtained in the past, lilting through the fields and forests gathering our food when the search for food was a job that could take up the entire day and a village to feed our families.

We like to imagine thousands of years ago everyone ate well and naturally but it’s not true. For example, Egyptian nobility and kings had food sourced for them, they had people (free help also known as slaves) to grow, harvest, husk and grind their grain, source their honey and anything else they wanted and however much they desired. Food, that if sourced themselves would have taken a great deal of time and in doing so they would have worked off way more of the energy but even if they were active, the nature of foods when consumed out of a natural context creates an imbalance in the body and which is why autopsies of Pharaohs and the nobility show incidences of dental caries, diabetic and other lifestyle related conditions. Even natural foods consumed out a natural context can create imbalance.

Others think of farms as natural ways of getting food but they are not. Crops and monoculture are a man made construct. Most stretches of land that are farmed today with one crop were once home to thousands of species of plants, insects and animals living in an ecosystem and cycle where one species became the food for another. Where every species waste was food or building materials for another. We are the only species on the planet that creates garbage, we no longer even offer up our bodies for food for other species when we die.

Start to think of your favourite foods and examine how many steps away from nature they’ve come to be at your table, each step away is likely to have diminished it’s integrity and ability to nourish on some level. Imagine making a chocolate cake from scratch, not the scratch in your kitchen but from the stage of growing the milling the flour, growing and refining the cane, growing the cacao beans and processing into chocolate, milking the cow and making the butter. You’d work off way more calories making that than you ever would eating it and that’s not even to mention the distances you’d have to travel to grow each of those foods in the areas they’re predisposed to growing in. Remember too, that is a natural chocolate cake, most of what we know today as chocolate cake could not be made in nature.

Chicken or the Egg

If I were to ask you what you would like for dinner tonight, a chicken dish or an omelette what would you choose? (vegetarians vegan’s are exempt from this question). When I ask this in my seminars an overwhelming eighty five to ninety percent say they’ll have chicken. Statistics back this up based on the chicken consumption for North Americans and Australians is over 50 kilograms per person each year.

Now given the same choice in nature. If you were having an omelette what would you do? You’d go out into nature, maybe your own backyard and gather some eggs.

If you were sourcing for the chicken dinner you’d have to catch a chicken (not such an easy task,) kill, pluck, bleed, disembowel, dissemble and prepare it.

Now consider the same question again if you had to source it yourself, what dinner would you choose? I’m guessing that you, just like the audiences in my seminars, would then choose the omelette. In fact when I ask how many would be come vegetarian many hands go up.

Consider too in a natural environment killing a chicken would mean that a possible source of eggs for months even years would now be gone, in one meal. When I mentioned this story in one of my Holistic Food Preparation classes, Chlotilda, a bright student from Kenya, said this is correct, she said ‘we are chicken farmers and we only kill a chicken for a meal for ourselves once a month or every 6 weeks and even then we invite other families to share the meal.

Chicken is an intensively farmed product today. They live in unnatural, filthy conditions that create disease and an environmental hazard. Chemicals are used in their processing, in their feed, and injected into their bodies. Today’s chicken is a far cry from how chicken was once found in the forest.

It all comes back to the same simple concept; keep your eating as close to nature as possible. Consider what you’d eat if you had to source it yourself in natural environment and make decisions as to what would be easier to source in nature, not a supermarket.

Did this blog move your soul? Don’t miss out on the greatness to come!