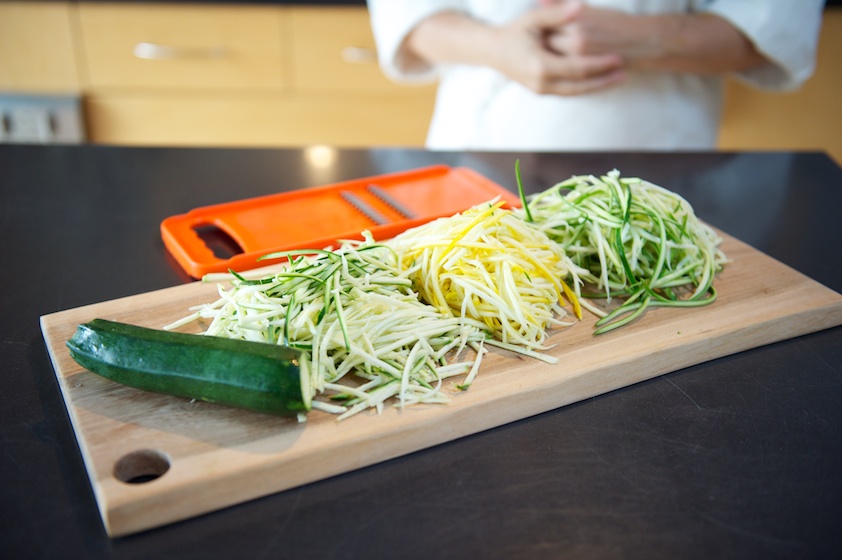 I affectionately call the Julienne Vegetable Slicer the ‘Zuudle Maker’ (I also tend to say it with an Arnold Schwarzenegger accent)
as it makes in my opinion the BEST zucchini noodles ever which I’ve dubbed Zuudles!

Now by looking at this site you make think I’ve gone Zuudle crazy and I would not blame you. I never thought I would get
so excited about a piece of kitchen equipment in all my years as a chef. I have and I think that there is this cult following
where I am now getting emails from around the world from Australia to Texas to London raving about how they love the taste
and flavour difference.

Now at first I could not understand why it was so but I’d used many graters and always came back to the Julienne Vegetable Slicer aka ‘Zuudle Makah’ because it did taste different. Then I did an experiment. I had four chef friends over for dinner and had them do a blind taste test.

I used zucchini and grated it 4 ways, actually one way I used one of my sharpest chef knives and cut it julienne by hand, one grate I used the large hole standard box grater almost every kitchen has. 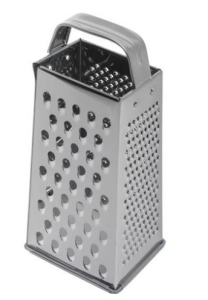 I then grated some julienne slices on a mandoline type slicer and finally I grated using the Julienne Vegetable Slicer.

I dressed each one with the exact amount of dressing and blind folded the chefs asking them which they preferred. I had an inkling
but I was truly surprised when they all agreed the Julienne Vegetable Slicer tasted the best which was proven time and time again with students in my cooking classes both in Australia and Canada. It wasn’t just me now that had this experience.

Everyone asks why and how that can be that this slicer actually makes the zucchini taste better.

So here is my theory, kinda a 3 Little Bares analogy. (Bare as in naked zucchini’s not actual bears)

If you were to look at a cross section of the grated matter from all implements used you would see the surface area in greater detail.

The box grater with a less sharp cutting blade produces a rather rough surface so when you look at the surface you will see large ridges and as the dressing is added it is readily penetrated. The result is too much dressing gets in. I call this the Papa Bare Effect. 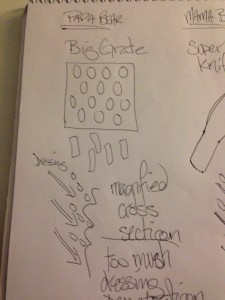 With a sharp knife or a fancy mandoline type slicer the cross section reveals very little ridges and a very smooth surface where too little dressing gets in. This is called the Mama Bare Effect. 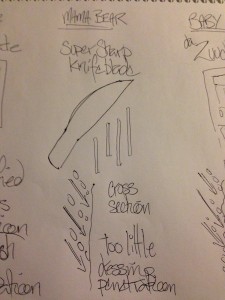 The Julienne Vegetable Slicer cross section reveals ridges that are not too big or too fine, they are just right and let just the right amount of dressing in. The Baby Bare Effect. Resulting in the preferred taste tested flavour and texture. 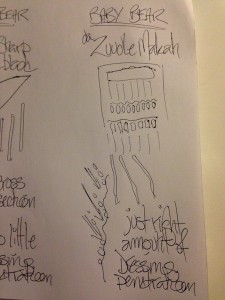 This is my theory and I’d be very curious to see if you came up with the same result in your taste testing. It seems to make sense as to why people just love the flavour of what they make with the Julienne Vegetable Slicer aka Zuudle Maker.